Cookstown 11-18 Inishowen
Cookstown put in a much improved team performance in their second game of the season and their first home game at Drapersfield on Saturday afternoon against Inishowen
The visitors from Donegal started the brighter and took an early lead from the boot of their winger. The visitors would score the first try of the game soon after with the resulting conversion put wide
The home side responded the brightly and had all the play however it was the visitors who nearly got their second try of the day in the corner but a great combined effort from Mullan and Blake prevented the grounding
Cookstown’s hard work was reward with two penalties before the break, both coming from full-back Mullan, his first points for the club and the home side’s lineout caused the Donegal trouble all game long, with Falkingham and Brownlee able to steal the ball from Inishowen’s lineout ball on several occasions
Despite a good start from the hosts in the second half it was the visitors who scored the next converted try against the run of play after being able to catch the home side with a quick tap and go. Cookstown heads didn’t drop though as they went up the other end and a well- placed kick from Mullan forced the knock on. Despite keeping the visitors boxed in they were able were able to weather the storm but only just
Cookstown’s pressure was finally rewarded with their first try of the season mid-way into the second half. Blake was able to steal the ball out of nothing and ran into the corner for the score, to put the home side within touching distance of Inishowen
The visitors had the final say moments later unfortunately though, showing great experience to catch the hosts out with another tap and go try to seal the hard fought victory. Cookstown literally gave blood and sweat for the cause today and can take great spirt into their next game
The club would like to thank those supporters who came up to cheer the team on and training continues on Thursday evening at the Mid-Ulster Sports Arena with an 8:30pm start with Cookstown’s next game again being at Drapersfield this time against City of Derry 3rds. All support would be most welcome
Cookstown: McCutcheon, McAlister, Eastwood, Falkingham, Brownlee, O’Neill, Tener, Hazleton, Harkness(c), Reid, Blake, McKeown, Crawford, Harte, Mullan, Black. 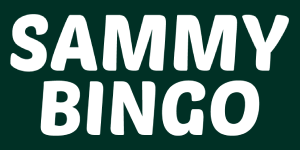